“A Life on our Planet” Film Review 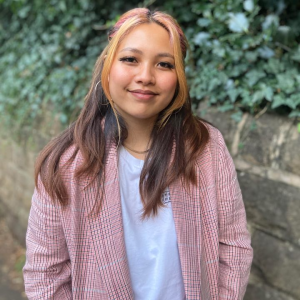 Aisyah is a recent graduate in Environmental Science. She started her blog and Instagram in her gap year, aiming to document her journey towards sustainable living and a career in conservation. Her main interests include marine science, in particular coral reef and shark conservation.

A Life on Our Planet

David Attenborough states that A Life on Our Planet is his “witness statement”, having had a particularly unique opportunity to document and televise the changes in wildlife and nature over his lifetime. In this documentary, Attenborough presents us with key environmental issues – climate change, loss of biodiversity, and the declining state of our oceans – and explains how the changes in our lifestyles relate to the disconnection between us and the natural world.

A Life on Our Planet has a great sense of urgency and carries a clear message – Earth, and all its resources, are finite – but we are consuming and behaving as though everything is infinite.

Something I particularly loved about this documentary were the candid shots of Attenborough throughout the years; seeing him interact with wildlife really emphasises the connection that humans should have with nature. Attenborough sharing his true, raw emotions brought another level of humanity to the cause, especially coming from someone largely seen as a TV presence.

There was definitely an overarching sense of dread and doom throughout. However, towards the end, Attenborough provides a glimmer of hope and shows us that we don’t have to lose the little wildlife we have left.

“With or without us, the natural world will rebuild. This is about saving ourselves.”

This was undoubtedly the hardest hitting sentiment for me. If we change the way we consume, and rediscover how to be sustainable, human life can continue thriving on Earth.

Rapid advances in society and technology have allowed us to live easier, more comfortable lifestyles. However, as our lifestyles change, so do our consumption patterns. If society continues to consume and extract from nature at the rate that we do, a 6th mass extinction event could be underway.

…unless we make changes

To amend the biodiversity and climate crisis, we must reconnect with nature and embrace the stark reality of the earth’s current state. Between 1937 and 2020, the amount of remaining wilderness on Earth has halved.

One of our highest priorities is to diverge and phase out fossil fuels. Generating energy through renewable sources (sunlight, wind, water, and geothermal) is essential to slowing down/stopping the release of CO2 into the atmosphere. Within 20 years, renewables are predicted to be the main source of power across the world – in fact, renewables are set to become the largest source of electricity generation worldwide by 2025, expected to supply one-third of the world’s electricity. Renewables can help to make energy more affordable and create cleaner, quieter cities.

The oceans play a crucial part in regulating Earth’s processes and in human life. Improving biodiversity in our oceans can increase the oceans’ capacity to absorb carbon from the atmosphere, as well as improving important fish stocks for human consumption. By creating marine protected areas (MPAs), habitats and fish populations are given the chance to recover. For example – in 2015, Palau established the sixth largest no-take MPA in the world. These protected areas allowed the fish in Palau to repopulate; healthy adult fish spilled over into surrounding non-protected areas, leading to more abundant catches for local fisheries. In 2016, the International Union for Conservation of Nature proposed that 30% of the global ocean should be fully protected by 2030, as an important measure to improve ocean biodiversity and marine habitats.

Finally, the quickest way to transform land on Earth is to change our diets. The planet is unable to support billions of regular meat eaters, so eating a largely plant-based diet can cut the need for land for food by half. 26% of global greenhouse gas emissions come from food – reducing our consumption of animal products can reduce food’s greenhouse gas emissions by 49%. When Attenborough met an indigenous group of hunter-gatherers in New Guinea, he noted that they rarely ate meat and allowed the resources they consumed to replenish themselves. It was a great contrast to the world in the West, where people began demanding more from the Earth every day. Innovative farming techniques could also reduce farming’s demand on natural resources – for example, Dutch farmers use vertical farming in greenhouses, reducing energy and water consumption to produce large amounts of vegetables for consumption.

Making a change is all about education and increasing awareness. Keeping that in mind-

“This is David Attenborough’s witness statement. Who else needs to see it?”

Article by Aisyah Wan. You can view more of her work on her website.

Where Emissions Have Risen and Fallen Fastest

Ships moved more than 11 billion tonnes of our stuff around the globe last year, and it’s killing the climate. This week is a chance to change

Join our Newsletter And we'll Plant a tree on your behalf

Sign up for exclusive news, and updates about our tree planting, new articles, and ways you can get involved.